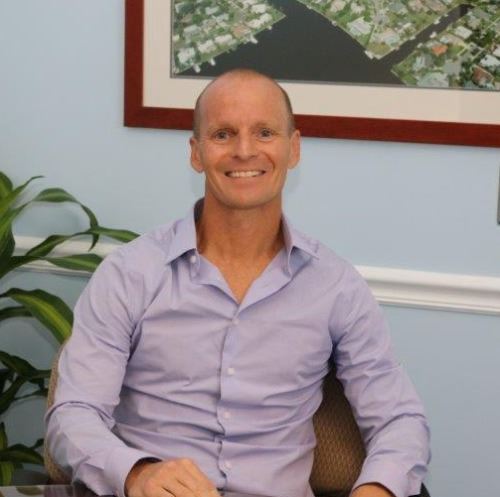 
Andy joined North Palm Beach to serve as its Village Manager on March 27, 2017.

Prior to North Palm Beach, Andy served as the Town Manager for the Town of Jupiter for nearly 13 years. He began working with the Town when he was selected to serve as its first Assistant Town Manager in 2002. While at Jupiter, Andy lead an organization of 375 employees with an operating budget of $80 million serving 65,000 residents. Additionally, he led the organization through the financial downturn in the late-2000’s. He worked with community leaders to establish what is now known as the El Sol Neighborhood Resource Center and attract The Scripps Research Institute to the Florida Atlantic University campus in Jupiter.

Andy began his professional career in his hometown of Spring Lake, a small, water-front community of 2,500 people in west Michigan. After two years as Assistant Village Manager, the Village Council hired him to serve as Manager in 1994. Spring Lake provided Andy with the opportunity to understand how to work and communicate with the community and address its resident’s and business’ needs. He worked with committees and citizen groups to plan and operate the annual Spring Lake Heritage Festival and worked with business leaders to redevelop neglected and underutilized properties on the Village’s main street and waterfront.

Andy’s wife, Heather, created and is teaching students in the Pre-Law Academy at Independence Middle School in Jupiter. They have two children, Austin and Alexis, who will be college freshmen in fall, 2017.